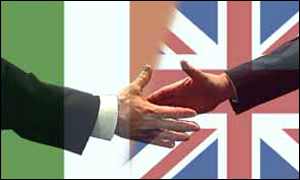 We have to stop pressing for a border poll

This paper recently re-published its scathing 1951 editorial on the occasion of the resignation of Noel Browne in the wake of the Mother and Child Bill controversy.

Pointing out that the Catholic church rather than the Government appeared to be the actual power in this state, the editorial asked how capitulating to the power of the Catholic church sat with the Government’s anti-partition campaign and its participation in the all-party Mansion House Committee Anti-Partition Committee - a very good question, especially at a time when Northern Ireland had a huge Protestant majority.

Presumably the mordant editorial was shrugged off by most politicians in the smug re-assurance that the Irish Times “had form on the national question”.

But the question raised is equally valid and demanding of an answer seventy years later.  If we aspire to Irish unity do we act accordingly.  And if we espouse the terms of the Good Friday Agreement, now 23 years old, do we honour its spirit and letter.

The participants in the 1998 multi-party negotiations mutually agreed that there were “substantial differences” between their continuing “political aspirations” and acknowledged that those different aspirations were “legitimate”.  Furthermore, they undertook to recognise “the legitimacy of whatever choice is freely exercised by a majority of the people in Northern Ireland with regard to its status” whether to maintain the Union or to become part of a sovereign United Ireland.

The two governments likewise by solemn treaty recognised the “legitimacy of whatever choice is freely exercised” by the same majority and acknowledged that in 1998 the then wish of the majority, “freely exercised and legitimate”, was to maintain the Union.

The people of Ireland in separate referenda freely approved these agreements which are now parts of binding international law.

All this may seem obvious but there seems to be a great deal of slippage in relation to the principle of “legitimacy”.  People like me who favour Irish unity must distinguish between what we favour and what we describe as “illegitimate”.

Acceptance of the legitimacy of an opposite point of view demands  respect for that point of view.  That is a cornerstone of the Good Friday settlement that cannot be wished away or eroded by rhetoric.

Of course according each other’s aspiration the status of legitimacy and treating each other with respect is a two-way street.  Those obligations apply equally to loyalists and republicans, nationalists and unionists and Irish people who see themselves outside those categories.

The two governments also committed themselves in 1998 to the exercise of the sovereign power of government in Northern Ireland with “rigorous impartiality” and on the basis of “parity of esteem” for the “aspirations of both communities”.

That obligation runs counter to any stoking of political trench warfare between unionism backed by Boris Johnson’s English nationalism or by his nationalist equivalent in this state.  The Republic’s commitment to unity is now to “unity of all the people on the island in all the diversity of their identities and traditions”.

As a matter of international law, the holding of a border poll is mandatory where “it appears likely” to the Secretary of State that a majority would vote to become part of a united Ireland.  There is no obligation or purpose in holding  a poll in other circumstances.

Talk about  a “border poll” in the absence of any clarity on what form of Irish unity is envisaged is putting the cart before the horse.

Opinion surveys indicate that a majority in Northern Ireland would vote no in present circumstances.  That attitude is entirely “legitimate” for the reasons mentioned above; it is also entirely reasonable in the absence of any detailed understanding of the form of Irish unity under consideration.

While some now speak of a unitary Irish state with unitary institutions, the problem is that there is absolutely no likelihood that the unionist political community is ready to participate in a negotiation process aimed at agreeing a model to be submitted to referenda north and south.

More likely is some form of confederation between the two parts of Ireland sharing external sovereignty on the Swiss model.  Such a model would be more likely to give comfort to those in Northern Ireland who consider themselves British or Northern Irish as distinguished from Irish simpliciter.

As things stand, even a confederal model of Irish unity faces an uphill battle for the hearts and minds of a voting majority in the North.  But in the past a confederal approach has been considered at least “legitimate” across  a spectrum from Fine Gael to Mary Lou McDonald.

Talk of unity and polls without addressing these issues is futile.

Any campaign for unity demands realism and respect for the “legitimacy” of the aspirations of those whom you must convince.