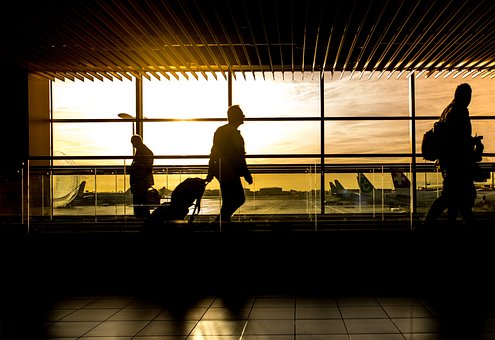 Like it or not, Ireland is part of what is called the West. While we may not be part of any military alliance with other western states, we are a member state of the EU and we depend on the West for our security, our prosperity, for our freedoms, and, in some respects, for our value systems and our cultural life.

That is not to say that we are a mere province of some western empire; we have a considerable degree of autonomy - culturally, politically and economically – based on our status as a sovereign, independent political state.

The very notion of an independent nation-state is questioned by many -particularly on the far left which views the nation-state as an essentially bourgeois concept inconsistent with their internationalist socialist ideology.

Nationalism is no longer seen as a fashionable political ideology. Taken to extremes, it develops a repugnant character, both internally and externally.

But the notion of nation-state must be considered in the round. Unless we aspire to a single world democracy (whatever that could be, if it could exist at all) or some Orwellian world such as that imagined in his 1984 in which vast totalitarian empire blocs -Oceania, Eurasia and Eastasia – make war in pursuit of world control, it is difficult to see an alternatives to a world order based largely on the nation-state as the granular component of international order.

The United Nations and the earlier League of Nations recognised this fundamental reality. So does the EU, when it is not as viewed by its federalist extremists such as Guy Verhofstadt and Daniel Cohn Bendit who in 2012 published a manifesto “For Europe!” demanding a “postnational revolution” for the EU, to start in 2014 by a decision of the EU parliament to unilaterally declare the EU a sovereign entity from which all dissenting states would then have to exit.

That brazen bid to extinguish national sovereignty for member states was published four years before Britain’s disastrous Brexit referendum decision and fed into the climate of English public opinion that brought about Brexit. As Verhofstadt told his readers: “… the world will be organised from now on around poles which can be described as empires” and he called for the creation of the EU as a “good empire”.

But ridiculous and dangerous as such rhetoric may seem to most people in Ireland judging by opinion polls, it equally raises the valid question as to why we value, as we do, the existence of independent nation-states.

Without nation-states as building blocks of international order, humanity would be condemned to a totalitarian future based on Orwell’s image of 1984.

The EU cannot become a single democratic sovereign entity any more than the ill-fated Hapsburg empire of Austria-Hungary could aspire to that status. EU-wide elections where most voters could not even speak or understand the language of candidates would be grotesque mockeries of democracy. France, for all its problems, is not merely as described by Verhofstadt: “Who are the French? They are Europeans who live in the French area.”

My point is this. We are not in the business of creating empires -good or bad. Nation-states are valued as the basic components of international order precisely because they each enjoy a level of coherence and common interest. Viewing the EU as a largely intergovernmental partnership of member states is not merely truthful and realistic – it is sensible and sustainable. It is much more democratic in outcome than the neo-Hapsburgian good empire wished for by Verhofstadt could ever be.

Holding that view of the EU does not make one less a supporter of the EU than Verhofstadt or the federalists. Arguably, it is their view which poses a much greater threat to the EU than that of realists who accept the intergovernmental partnership model.

We have agreed to the right of EU citizens to come and live in Ireland to participate in our economic life. And that has worked well for us. While it has changed our demography, it has not undermined cohesion or common interest which underpins the rationale for our status as a sovereign state.

The foregoing implies a very careful path to be trodden by Irish politicians. Immigration may be a novelty for a state that spent its first eighty years haemorrhaging its population; but immigration has been good for us, I think.

But apart from the EU right to reside and work in other EU states, we have a national right and duty to determine migration policy. Our government must exercise that right carefully. Half thought-out proposals to extend asylum rights to climate refugees are not helpful.

If we want to avoid creating a space for far-right politics in Ireland, we need our elected politicians and government to respect and value the people’s sense of cohesion and common interest.