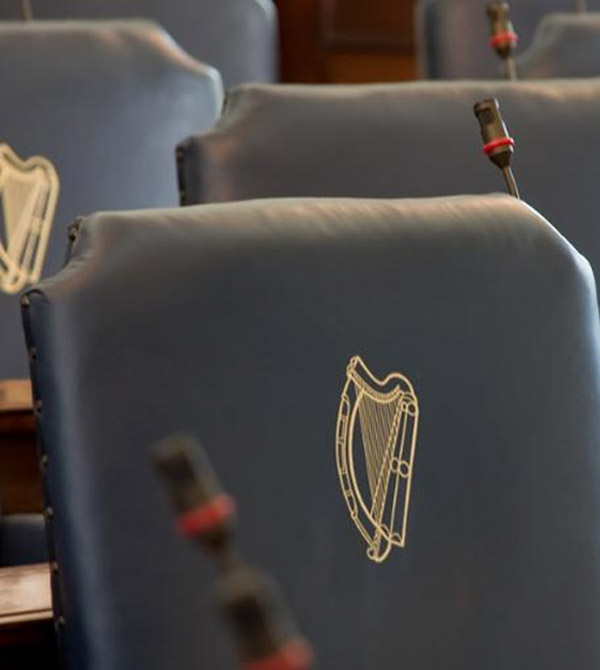 A slogan urging voters to get Leo Varadkar out of office is being prepared for the next election by opposition strategists.

The intention is to exploit weariness with the current government and a growing sense of alienation from ministers who are increasingly considered as a somewhat effete and ineffectual Dublin elite.

Whenever the next general election comes – and that could be any time from this November to next May - Irish voters will be confronted with a tired government seeking, against the odds, to be re-elected.

Voters have every right to be cynical about a government that appears to be failing in virtually every area of policy implementation.

The health service is a massively under-performing bureaucracy-ridden failure. While we spend more per capita on health every year, the simple truth is that delivery of health services lags far behind the standard set in other comparable economies.

Those of us who can still remember Fine Gael Deputy James Reilly, as he then was, actually shedding tears on television while promising radical reform of the health service along the lines of the Dutch model as the cornerstone of Fine Gael policy back when Mary Harney was minister, rub our eyes in disbelief at the total failure to implement those promises after eight years of Fine Gael stewardship.

Apart from sacking the independent board of the HSE and replacing them with paid administrators, representative of huge bureaucratic failure, what progress has been made?

Have primary healthcare centres in the community succeeded? What are we to make of the children’s hospital multi-site planning debacle? Why have we crippling shortages of consultants, hospital doctors, nurses and frontline health workers? Why are we exporting our skilled health providers to other countries? And why are we draining developing countries’ health services of vital qualified staff?

Who exactly was responsible for the cervical screening debacle? Who carries the can for the chaos which followed Minister Simon Harris’s ill-judged promise to offer free retesting?

Electoral bribes in respect of free GP childcare for younger children are no substitute for root and branch reform.

In the area of housing, eight years of Fine Gael stewardship have been a massive disappointment. Soaring rents and record levels of homelessness have been accompanied by a boom in hotel building, student accommodation provision and substandard provision of “boutique” shared accommodation.

A very much poorer Ireland in the 1950s tackled substandard housing, slum clearance and the provision of social housing with an energy wholly absent from the period of Fine Gael management of the Custom House.

Irish Water and the broadband rollout leap to mind as examples of how Murphy’s Law still rules public administration in Ireland: “If something can go wrong, it will go wrong.” The provision of national infrastructure has been managed extremely badly for the last eight years.

Despite establishing commissions to investigate the issue, the whole area of soaring insurance premiums and abuse of public liability law remains largely unaddressed by this governmen (for example, the whole question of driving licences and driving tests needs a decent, competent minister).

There seems to be a gulf of misunderstanding between Minister for Transport Shane Ross and the reality of life on the ground, especially in rural Ireland. If a young woman aged 19, living on a farm 15 miles from her first place of work, is to get to her employment every morning, she needs a car. And yet she faces disqualification if, having taken driving lessons, she drives to work unaccompanied while she waits to sit or resit her driving test.

A driving licence is an economic and social necessity in rural Ireland to an extent not equalled in the constituency of Dublin Rathdown where taxis, light rail, buses and bikes ridden on well-lit roads can connect home and place of business with greater ease.

If we were serious about road safety, we would offer intensive five-day, full-time courses in driver training guaranteeing learner drivers a sure path to economic and social mobility. Instead, country folk find themselves immobilised by ever stricter theoretical road traffic law enforcement.

Those commuting to work now face random breath tests to disqualify them if there are traces of a previous night’s drinking in their bloodstream.

Of course, having blown the Garda budget on the Donald Trump and Mike Pence visits, there is little or no cash left for the enforcement of these laws for the rest of this calendar year.

Distractions such as idiotic proposals to reduce the age of eligibility to become President to 21, or to reduce voting age for Dáil elections to 16, have engendered a deep sense of cynicism among voters.

How can a society that deems a 17-year-old too young to drink, too young to buy a lottery ticket and too young to face adult criminal justice, at the same time propose to accord full voting rights to legal minors?

Meanwhile, referendum fatigue has set in. The government has quietly abandoned its proposal to extend the franchise in presidential elections to Irish citizens in the North and abroad for fear of failure.

At the same time, the government has shamefully shelved its solemn commitment to reform the Seanad electoral system without any referendum – a reform which could have extended Seanad voting rights to expatriate citizens. This is despite promising implementation of the Manning Committee’s Report (on Seanad reform) in its Programme for Government and despite establishing a group chaired by myself which presented the government with comprehensive legislation drafted by a professional parliamentary draftsman paid for by the government itself.

The cynicism demonstrated by the Taoiseach in respect of Seanad reform is breathtaking. Somehow he considers that the fact that he once favoured abolition of the Seanad now justifies him in doing nothing to reform it when the abolition proposal was rejected by the people.

If you want a lesson in cynicism, just call to mind former taoiseach Enda Kenny’s original cynical gimmick promising abolition of the Seanad at a Fine Gael dinner without even consulting his front bench. That stunt was meant to ward off a leadership challenge by Richard Bruton.

Remember, too, the posters urging abolition on the false promise of saving €20 million. Recall Kenny’s effort to bully the voters into supporting abolition by baldly stating that he simply would not reform the Seanad even if it were retained.

Then, after his “wallop”, he established the Manning Committee, and he later committed his government to implementation of its report. His successor, Varadkar, establishes an all-party group to draft the necessary legislation. And finally he indicates that he intends to do nothing about it.

In the Seanad last week, Minister John Paul Phelan, the junior minister with responsibility for Seanad reform, could only say that he was “in listening mode”.

If you add in a suggestion by a Fine Gael member of the group I chaired that our group of more than 20 members should consider visiting New Zealand where they had abolished their second chamber, I think you will have some grasp of the gross hypocrisy and cynicism with which Fine Gael treats the Seanad and its reform.

It seems that the only place where Seanad reform can start is on the floor of the Dáil after the next general election.