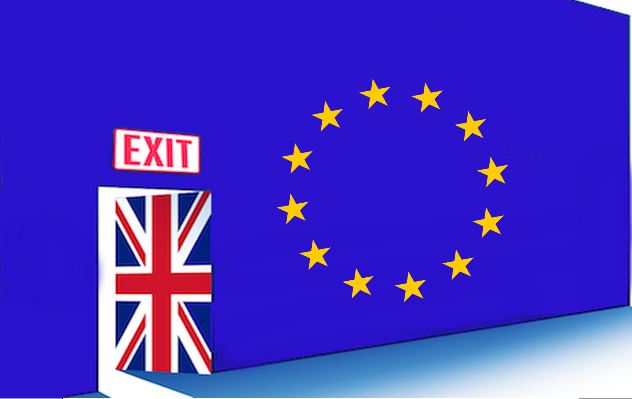 Verhofstadt is not minding Ireland's back on Brexit

Three Oireachtas committees gave a joint hearing to Guy Verhofstadt, the European Parliament coordinator on Brexit, on Thursday. He used the occasion to evade all difficult issues, to give assurances to Ireland on which he cannot deliver, and to engage in overblown rhetoric and grandstanding which was, in the end, meaningless.

Most memorably, he said that “We will never allow Ireland to suffer as a result of the British decision to leave the European Union. That is a commitment given by the European Parliament and European Union as a whole”. Fine words.

But exactly what do they mean? When did the “Union as a whole” give Ireland a commitment that it would not “suffer” as a result of Brexit? What does such a commitment amount to? Does it amount to a bankable assurance that the EU will conclude a deal with the UK that will not result in economic damage to Ireland or to the Good Friday agreement?

If there are to be tariff barriers to trade in goods between Ireland and the UK, Ireland will suffer – and will suffer disproportionately compared with other EU member states. Was Verhofstadt promising that there would be no such tariff barriers? Or was he saying that the EU would somehow compensate Ireland for the economic damage caused by such tariffs? Or was he engaging in “nice-to-hear”, patronising blather for which he will never be asked to account?

Was he giving a commitment that Ireland’s agribusiness sector would not “suffer” if the UK adopted a world price cheap food policy in 2020?

When Stephen Donnelly asked him about one concrete example in respect of post-Brexit trade in agricultural goods, Verhofstadt simply couldn’t reply.

And although he sounded adamant that the border would have to remain invisible, he then said it was for the British to devise how an invisible border would work. “They had created the problem – it was up to them to find the solution”. How glib can one be?

Is he promising that the EU will deliver an agreement that leaves the North outside of any tariff wall between the rest of the UK and the EU? Is he committing the EU to an outcome that will leave the North effectively, if not in name, inside the Customs Union? He hinted at that possibility.

In truth, Verhofstadt was pretending that the EU, come what may, would successfully fight Ireland’s corner and would deliver for Ireland. But, when push comes to shove, Verhofstadt is not really our friend; he has his own plans for the EU most of  which are toxic for Ireland. He may be a parliamentary “co-ordinator” – but his parliament cannot deliver on his “Ireland will not suffer” commitment.

The Irish establishment knows deep down that the border question cannot be resolved in isolation from the broader future trading relationship between the EU and the UK. The EU demand that the questions of the border, EU citizenship rights and the UK severance cash settlement be resolved before the future EU/UK trading relations are even discussed, defies common sense.

The most that could be achieved in isolation on the border question is some very general agreement in principle. And with Theresa May hooked up to a DUP parliamentary life-support machine, it seems highly unlikely that an agreement to leave the North as a de facto member of the Customs Union can be agreed in the coming weeks.

So exactly what are we to make of Verhofstadt’s soothing words? Do they matter?

Well, we could remember that Verhofstadt is actually very glad the UK is leaving the EU. This June, he told the European Parliament that even if Britain changed its mind about Brexit, it still could not n stay on existing terms. By that he meant that there could no longer be British opt-outs or opposition to greater EU integration. When he is not dabbing crocodile tears, he privately exults that the British are leaving – he thinks the door is wide open to his federalist project of a single European state, now that its most powerful opponent is departing.

So for us the real question is whether Ireland’s economic interests can be safeguarded and the border kept invisible in isolation from the future EU/UK trading relationship. And the answer to that question is obvious – they can’t.

We should be very wary of Verhofstadt’s rhetoric. He wants EU tax harmonisation; he wants to strip Ireland of its vetoes; he wants to have a common EU defence; he wants a single European government; a single foreign policy; a power for the EU to prosecute its citizens; a limitation on the right of member states to leave the Union – in short a federal EU state (which he naively describes as a “good Empire”). Those were –and still are – his real priorities

He wants to end for all time the idea of an inter-governmental European Union that is a limited treaty partnership of member states – the model that has worked so well for Ireland.

But he was careful to steer clear of and avoid all of these topics in his saccharin presentation to the Dáil chamber. Funny that!

The man I witnessed on Thursday on the floor of the Dáil chamber was a very different, emollient  animal compared with the aggressive federalist ideologue that paces the floor of the European Parliament chamber.

The real Verhofstadt is to be found in his recent books – For Europe and Europe’s Last Chance.

In those pages he paints his vision of the EU as a super-power – a future which would leave Ireland with the status of North Dakota. It is onto that canvas that he – an escapist politician from the failed, politically fractured cultural artificiality that is Belgium – wishes to project his vision of the “good Empire”. As if the Irish want to be part of an empire again.

Let’s be very clear. Verhofstadt is not minding Ireland’s back on Brexit. And anyone here who is minded to rely on him to do so is very, very naïve.

Losing a strong ally within the EU underlines the need for Ireland to stand its ground against Verhofstadt’s planned federalist attack on our vetoes, our tax autonomy, and on the intergovernmental character of the Union. We need new alliances to those ends.

We have our work cut out.