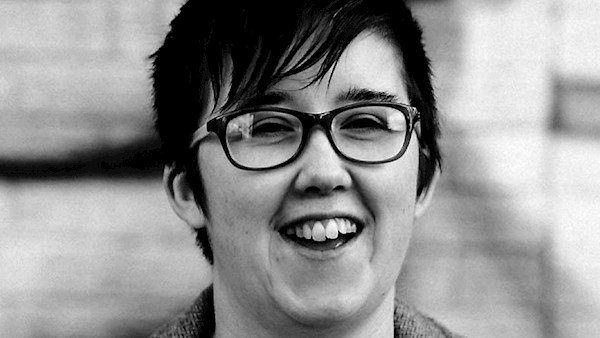 A republican Easter Message is due this weekend to those who use or who glorify violence in the North.

“You are not republican. You are not creating the Republic of Tone or Davis. You are defiling their memory and their patriotism. You are damaging their ideals and undermining their goals. You are not an army. You are a network of twisted haters. You are a band of very petty criminals, community bullies and heartless thugs.

You will fail in your attempt to shop-lift the bright clothes of genuine republicanism to cover the pitiful black berets, black balaclavas, black polo necks and slacks, and your black sectarianism hearts.

You are on the road to nowhere – politically, morally or historically. You will never be commemorated; the best that you can hope for is to provoke a shudder in the unlikely event that your actions come to mind in future times.

There is only one road for republicans to travel.

You may murder a young journalist, Lyra McKee, or some man or woman in the PSNI. But you can’t murder the truth.

What part of “no” do you not understand?”

When I say that such a message is due to those “who use or glorify violence”, I also have in mind those who spend their weekends parading and speechifying at grave-sides and before monuments to the perpetrators of sectarian violence.

If you glorify such deeds, you re-enact them and exploit them in the minds of the victims of those deeds and their relatives. You re-open the wounds. You exhume the bodies.

Real republicans must understand that glorifying paramilitarism and reconciliation are now opposed to each other.

The Good Friday Agreement was based on the idea that the political and cultural and religious identity of everyone on this island must be respected and should co-exist rather than compete for dominance of one over the other.

By adopting those values the space for reconciliation can be created. By asserting the claims of one side alone, the chances of reconciliation are put on hold and soured.

The fact that the Good Friday institutions have lain unused for years now is a scandal. The responsibility lies with the DUP and Sinn Féin in equal measure. Both parties posture as if they want the institutions to work. But neither party really wants the Good Friday settlement to succeed.

The DUP and Sinn Féin have another thing in common; neither deserves to hold seats at Westminster. Abstention-ism on the part of Sinn Féin and parliamentary wrecking tactics on the part of the DUP mirror each other in contempt for the best interests of the people of Northern Ireland.

Calls for a border poll by Sinn Féin are dishonest and cynical. They know it would fail badly. But they relish the thought of increased polarisation and regression to binary non-choices in the politics of the North bereft of middle ground .

Likewise the DUP has been utterly dishonest in not putting forward the position of the great majority of people in Northern Ireland – namely that an open order and a soft Brexit, if contrary to their expressed wishes there must be a Brexit at all, is not merely the least-worst but the best that can be done.

The DUP have betrayed the people of both traditions in the North by falsely elevating the back-stop to the status of an existential threat to the union. By making common cause with the Tory right in a visceral rejection of the EU, the DUP have jeopardised the union to an extent that no unionist politicians have ever done before.

The people of Northern Ireland are wretchedly served by Sinn Féin and the DUP - parties that seem to thrive in symbiotic mutual revulsion.

At some point, the truth will dawn on voters.

The Republic’s media have abjectly failed to put the spotlight on Sinn Féin. It is not a normal political party. It is a political construct in which an obscure politburo located in Belfast rigidly controls an organisation that masquerades as being a conventional political party.

It has lost about thirty elected members of the Oireachtas and county councillors who have left citing bullying and organised defamation as the means of exercising discipline in the party.

Their TDs and senators in Leinster House do not have parliamentary party meetings to decide policy. These matters are decided at politburo level in the sanctum of the Felons Club in Belfast and communicated to public representatives through small team meetings controlled by commissars.

The same modus operandi applies with a little tweaking at County Council level.

When Peadar Tóibín resigned from the party, he says that he found empty crates in his Dáil office. He claims (and it has not yet been denied) that an unelected person he describes a “political manager in the Dáil” (code for a Belfast appointed commissar) came into his office and shouted at him to “f**k off” out of his office and off the floor “before something happens”.

That incident neatly sums up the fact that the party is controlled by a ruthless and nasty inner circle which makes the real decisions about who will be de-selected and who will be nominated. The testimonies of those who have been forced out consistently point to a darker reality.

While individual SF public representatives can be affable and plausible, no dissent is tolerated. The elected members of the Oireachtas are controlled as to whom they must employ and what they may say. They are not permitted to go on radio or TV without permission. One can sense their growing realisation that they are more in the line of “useful idiots” of a hidden hierarchy than autonomous public representatives.

The very nature of their party means that they are not suited to participate in government.

It has emerged in the “Cash for Ash” inquiry being conducted by Sir Paul Coghlin in Stormont that elected Ministers in the power-sharing executive receive political dictation via their “advisors” from an inner clique of unelected veteran republicans including former senior IRA figures.

So it’s not enough for us to express utter abhorrence at the cruel killing of Lyra McKee by dissidents who wanted to celebrate Easter by killing PSNI officers in the Creggan.

Genuine republicanism demands that our Government does everything to re-start the political process in the North and to get ordinary cross-community democratic politics working again. Wreckers in Sinn Féin and in the DUP need to be faced down.

Reconciliation cannot wait and wither in the face of Brexit and those who are itching to fill the vacuum with violence and distrust. Hand-wringing is no substitute for political courage and risk-taking.