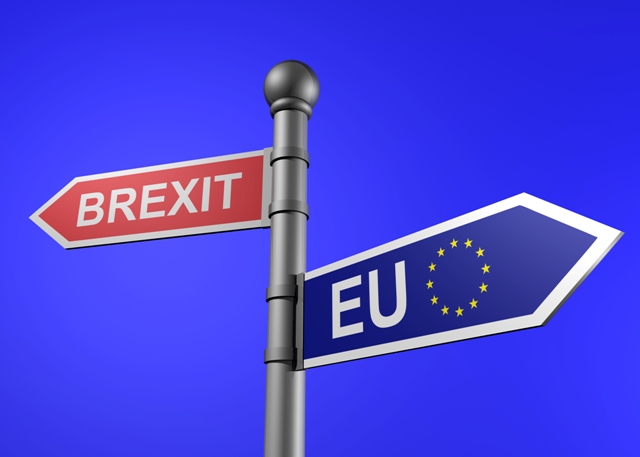 There clearly is a path to a Brexit deal. But there always has been one. The only problem has been the forest of red lines which the UK planted so as to render the path impassable.

There always has been a “landing zone”, to use Boris’s military term, for an agreement that would be satisfactory to a majority of English voters. It was never necessary to engage in sabre-rattling about a no-deal crash-out exit.

The EU has never made impossible or unreasonable demands; it has merely asked that the UK formulates and adopts possible and reasonable terms for its departure.

The famous withdrawal agreement, which was signed off by Mrs May and by Boris Johnson but ambushed by the ERG/DUP MPs, only took the form of keeping the entire UK in a form of customs union with the EU because the same ERG/DUP MPs developed a crazy ideological theory that the union would be undermined if Northern Ireland’s regulatory and customs status differed from the rest of the UK.

If truth be told, Northern Ireland has a huge lot to gain from having a different customs and regulatory status from the rest of the UK. A special relationship with the EU would give Northern Ireland the best of both worlds. Or should I say, the best of both unions? Not only would all its people be entitled to UK and EU citizenship – it could have optimal trading EU access in goods and services.

This truth is understood and accepted by a great majority of those engaged in northern economic life. Civic leaders are appalled by the possibility of disruption to the all-island economy.

What is in reality a great opportunity for Northern Ireland is being misrepresented as a threat to its very existence by latter-day Jeremiahs.

The DUP has become hoist on its own ideological petard. It is banging a noisy political Lambeg drum so loudly that it cannot hear what anybody else is saying, let alone understand what its own economic core base is telling them.

The idea of having a four year perpetual cycle of uncertainty about the future of the North’s economic orientation is, frankly, crackers. Who exactly thought that one up? Was it Sammy Wilson? Or Nigel Dodds? Or whoever, does it matter?

How could anyone build a factory, assemble a work-force, or invest hundreds of millions in a northern enterprise while knowing that in two years’ time the economic landscape might not merely change but disappear?

And exactly how would the union be undermined if the North’s economy prospers and attracts Foreign Direct Investment in the same way as the Republic’s?

And if customs and regulatory checks have to be physically carried out on transported goods why not do all that during the time-period of their passage across the Irish Sea when no time would be wasted and nobody inconvenienced?

The ERG mentality is, I regret to say, equally warped. The UK will do best if it maximises its trade in goods and services with the EU post- Brexit. That will only happen if there are few if any tariffs and regulatory differences between the EU and the UK.

If Bill Cash and his friends in the ERG really think that the Germans and the Dutch are going to have free trade with the UK while all the EU’s trading standards and protections against unfair race-to-the- bottom competition are swept away, they are dangerously delusional.

If there is in the end a soft Brexit, the Irish problem will be minimal

And if they think that the UK on its own will negotiate better or more favourable free trade deals with third countries than the EU can, they simply don’t understand the bargaining process.

Nor should they rest their hopes on a special relationship with the US. Donald and Boris, as an international double act, has all the farcical potential of Laurel and Hardy. ( I have barely overcome the temptation to devote the column this week to Trump’s revelation that his perfidy towards the Kurds was justified by their failure to assist the Americans in the Battle of Normandy. But I’ll save that one.)

The alternative to the back-stop in the withdrawal agreement always was a special customs and regulatory status for Northern Ireland. That outcome was always in the economic interest of Northern Ireland. It still is.

Only the DUP and its ERG buddies have chosen to pretend that any such arrangement was harmful to the north and somehow undemocratic. From the people who have pleaded for fiscal autonomy for the North in the shape of lower corporation tax rates it is hard to credit that another form of revenue law – customs duties – must remain uniform as a matter of existential importance.

How Lord  David Trimble can argue that giving to the people of Northern Ireland, who voted to stay in the EU, a means to preserve the all-island economy, which they also voted for in the 1998 referendum, is somehow in conflict with the principle of consent set out in that agreement is impossible to understand.

I welcome the realisation that the next few days should be spent in quiet negotiation rather than megaphone diplomacy. The red lines must be unpainted.

The obvious truth that the Irish problem has to be addressed by Ireland-specific arrangements in the withdrawal agreement has finally dawned on us.

Now we must address another truth – there must be no hard border on the island of Ireland.

We can only do so by admitting a third truth  - that the absence of a hard border on the island of Ireland in no way threatens the constitutional principle that the North’s position as part of the UK will  only be changed by the expressed wishes of a majority of its people.

Talk of a border poll is useless and divisive. Perhaps a type of poll in which the people of Northern Ireland would have to be consulted before the North could exit the single market and the customs union might make sense

The union is not now on the line. The only people who will put it on the line in the short term are the people who are putting ideology before prosperity and endangering the economic well-being of Northern Ireland by regressing to the sodden trenches of the old politics.

The pity is that its politicians have collectively mothballed Stormont by petty intransigence, and have allowed the reasonable views of the majority to be silenced at Westminster by a combination of Sinn Féin abstention-ism and DUP extremism.

Should that surprise us? Not if you remember that neither Sinn Féin nor the DUP is emotionally committed to the architecture of the Good Friday Agreement or to the imperative of reconciliation.

It is a strange irony that it is the political establishment in Kildare Street that is looking out for the real interests of all the people of both communities while the North’s two largest parties are letting them down.

Let’s not forget the decent people who sacrificed their political careers at Westminster to enact the Benn Act - a measure that put a stop to the gallop of the Brexit extremists. Or so we hope.