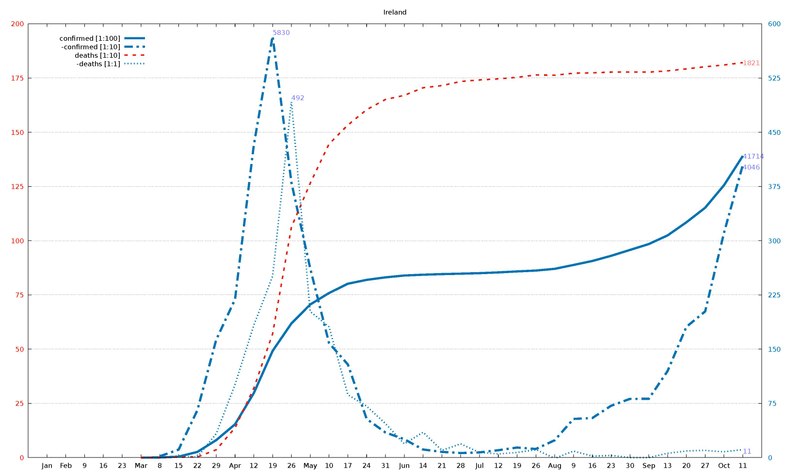 Dr David Nabarro of the World Health Organisation ( WHO ) has stated that governments should not regard lockdowns as the primary means of controlling Covid 19. The only justification for lockdowns, he said, is for “buying time” to reorganise your health service and resources.

He also pointed out the massive damage by lockdowns globally to public health and in particular to the poorest and most vulnerable in society. He said that WHO appeals to all the world’s political leaders to “stop using lockdowns as your primary control method”. He said that lockdowns have one principal consequence - “making poor people an awful lot poorer”.

In the Seanad, we heard of a Winter Plan to tackle the epidemic and to deal with rising infection rates. On the single issue of ICU capacity, it seems that the plan is now to increase it by about 20 ICU beds by April. There is little or no indication that the half year since the lockdown was used to address the fact that Ireland has by far the lowest ICU bed per person rate in the developed EU.

Yes there is now a belated intention to increase acute hospital beds by next April in the number of 480. Why was that not done over the last six months?

The thing that must be borne in mind is that the Department of Health and the HSE are effectively the same as NPHET. The great majority of the central NPHET team are senior officials of those state bodies. This means that they are the people who have advised successive Ministers in recent years – including advising Ministers about what should and should not be done to implement repeated reports and recommendations to double our ICU capacity.

So when you see the accelerated programme to build the massive National Childrens Hospital at a cost of billions, you have to remember that that project was prioritised by the Department of Health and the HSE over addressing the catastrophically low provision of ICU capacity in Ireland.

One member of NPHET has gone so far as to say that ICU capacity is not really the issue. Why then do other members of NPHET tell us daily of the immediate risk of ICU overload? The “E” in NPHET refers to an emergency.

But the NPHET main team members were nearly all involved in health policy advice before we had the latest emergency. Where was the policy decision taken to leave us unprepared for an epidemic or a pandemic such as might have happened with SARS. Was it considered that having ICU capacity at half the necessary level was a risk worth taking in order, say, to build a childrens hospital? Did any of the experts look at the implications of a corona disease pandemic of the kind that Bill Gates was speaking in 2019?

Level 5, advocated by NPHET last week, was a plan to almost completely close the economy. Everyone was to remain home. Public transport would have been restricted to workers in essential service. Factories, building sites and offices and the vast majority of retail stores would be closed down. Much economic activity would effectively end. The effect of such a total lockdown on the physical and mental well-being of the country would be enormous. Collateral fatalities would increase. The abolition of virtually all social activity for the coming months would have very serious social consequences for young and old alike. Businesses – large and small - would crash financially. Unemployment would result for hundreds of thousands of people would result.

All, in WHO’s words, to “buy time”? How would things be different or better in late November? Just how could going back to level 3 be justified in four weeks’ time? How much time would we buy? What reorganisation of our health services and resources could really take place before Christmas.

Dr Samuel McConkey spoke of this pandemic lasting for three or four more years. We can’t “buy time” intermittently by serial lockdowns for that length of time.

One example of which I am aware is a busy factory employing 300 people in Dublin manufacturing products (none of which NPHET would consider essential) for sale in the UK and elsewhere. If it closes between now and Christmas, it will lose all its market share to UK and foreign competitors. The loss of 300 jobs and a valuable business may not be on NPHET’s radar, but the devastation for 300 families must be on our radar. 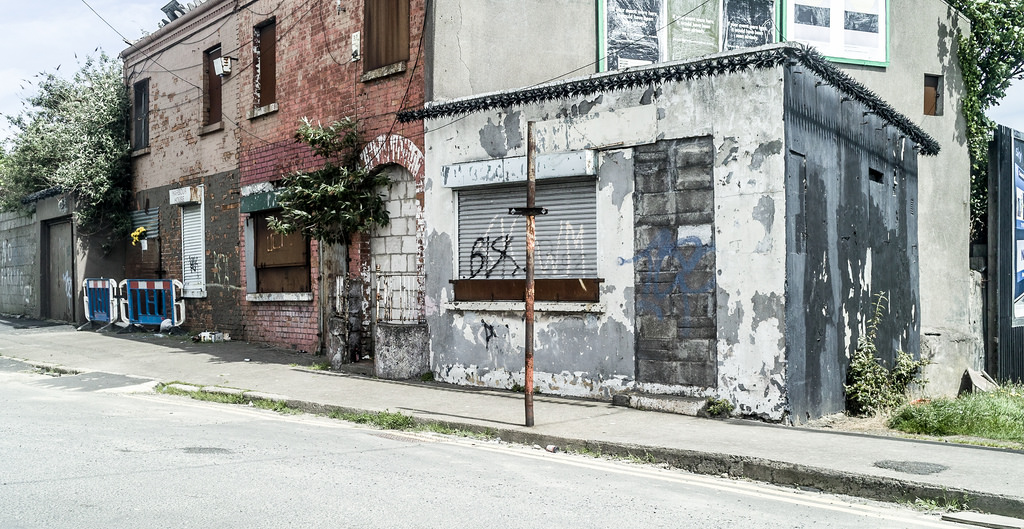