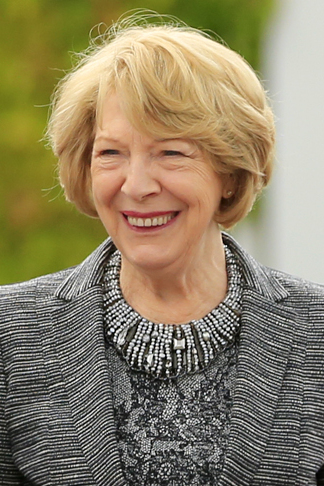 The President has reiterated his condemnation of the Russian war of invasion in Ukraine as immoral and unjustified aggression. That raises the question as to whether it was in any way acceptable for his spouse to publish or post on the Áras website the text of a letter to this paper calling for a ceasefire in terms that won her the warm endorsement of the Russian ambassador to Ireland, Yuriy Filatov – an envoy who has both misled and shocked the Irish people by his cynical dismissal and subsequent advocacy of the barbaric Putin-led invasion.

Well, we know that Putin has support from the usual Irish cohort of useful idiots that always supported the historical position of the Soviet Union and still harbour hatred of liberal democracy from a Marxist-Leninist perspective. They still exist – sullen and resentful. They did not need to be purged in some way or publicly vilified for their support for the terror of the communist regime in Russia. A liberal democracy like ours simply assumed that some sense of shame might rid them of their malign aims and moral idiocy.

Perhaps ambassador Filatov might quantify his claim of “many friends” in Ireland for the Putin war. Perhaps he might explain precisely why he welcomed a call for a ceasefire in Ukraine. Has the Russian special operation achieved its territorial ends? What was it about Sabina Higgins’ letter that he welcomed? Is the Kremlin calling for a ceasefire too? Or is it simply the case that he saw her letter as “useful” to Putin’s invasion?

Another question that arises is whether Sabina Higgins saw her Irish Times letter as simply reiterating what we now know as her spouse’s outright moral condemnation of Putin’s barbaric war. The letter omitted to say so if that was her intention. Ambassador Filatov didn’t read it that way. It seemed to draw no moral distinction between those who are invading Ukraine and those fighting to preserve its independence and integrity as a liberal democrac

It’s all very well to imagine or describe oneself as a lifelong peace campaigner. But that position or vocation demands consistency – especially when blandly calling for ceasefires in the middle of a war of destruction for an entire people. I don’t follow all of Sabina Higgins’ public utterances carefully, but I simply don’t recall any calls for a ceasefire when a leftist insurgency was fighting any war with any prospect of success. We all supported genuine “wars of liberation” in our time, but we never suggested to any democracy that it should stop defending itself, cease fire and yield to dismemberment at the hands of a more powerful neighbouring dictatorship bent on its destruction.

By that standard, she might have called on the hapless Czechoslovakian people in 1938 to parlay with Hitler, who evilly pretended to be defending the rights of Sudeten Germans while dismembering and destroying the Czech democratic, rather than offering help to a democracy in need. We know where misplaced idealism got us then.

Does Sabina Higgins really forget that the western democracies attempted to deploy peaceful economic sanctions as a deterrent against the initial Russian invasion of Ukraine as far back as 2014? Those sanctions failed. Those western states didn’t receive a supportive letter from her to The Irish Times.

And that brings us to the nub of the issue. Who decides Ireland’s foreign policy? The Government or the President? If, as it clearly is, it is the Government, the presidency has no business embarrassing the Government in its support of Ukraine’s fight to survive a cruel and immoral war of destruction.

The simple fact is that any president and his or her family reside in Áras an Uachtaráin on an implied undertaking to uphold the Constitution and to respect the different roles and prerogatives accorded to the democratic institutions established by the Constitution. It was just as wrong for Sabina Higgins to write that letter and seek its publication. It was wrong to post it on the Áras website as it would have been for her husband to do so.

These recent controversies did not occur during the President’s first term; there is no greater licence to breach proprieties or stretch boundaries beyond limits in a second and final term.

In so many ways President Higgins has excelled in his performance of his functions without being untrue to his inner self or his values. Let’s hope that does not change.