Once that’s done you’ll be able to experience the Michael McDowell website perfectly.
BACK TO TOP
BACK
09/03/2020 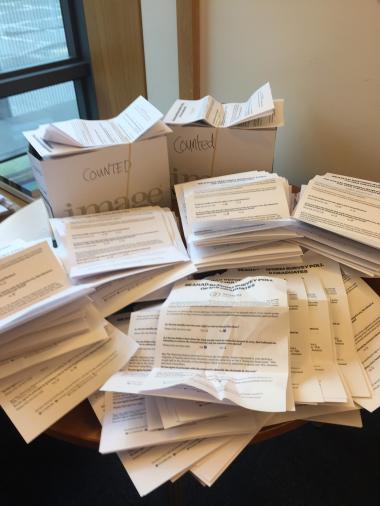 In order to conduct a reliable survey of the views of NUI graduates on the issue of Seanad reform, I asked 40,000 NUI registered graduates to participate in a survey by post or email in late 2019.  Just over 7000 took the time to respond which I am advised is a very high response rate to surveys of this kind.  Indeed the volume of responses required me to engage additional secretarial assistance to collate the results over a number of weeks.  The collation of results took place during January of this year and a very significant number of respondents indicated their willingness to be informed of the results.  I am accordingly publishing the survey results.

The questions in the survey were as follows and the responses were as set out below.

Q.1 Do you usually exercise your right to vote in Seanad elections?

Q.2 Do you believe that when the Irish people voted to retain the Seanad in 2013, that indicated an intention to reform the Seanad and the way its members are elected?

Q.3 The Manning Report proposed to reform the Seanad by citizens registered to vote electing a majority of Seanad Panel seats.  This would add to the diversity of the electorate which is currently restricted to about 1200 TDs, senators and local councillors.

Do you agree in principle with the proposal to diversify the electorate in this way?

This last result certainly raised questions about the prospects of extending the franchise in presidential or parliamentary elections to expatriate Irish citizens.

I am deeply grateful to all who took part in the survey, the results of which greatly strengthen the hand of those who favour reform of the Seanad and its electoral system so as to widen the Seanad franchise to include every citizen resident in Ireland.

Watch: Speech at the first sitting of the 26th Seanad

Senators will apply to High Court for judgement on Seanad sitting