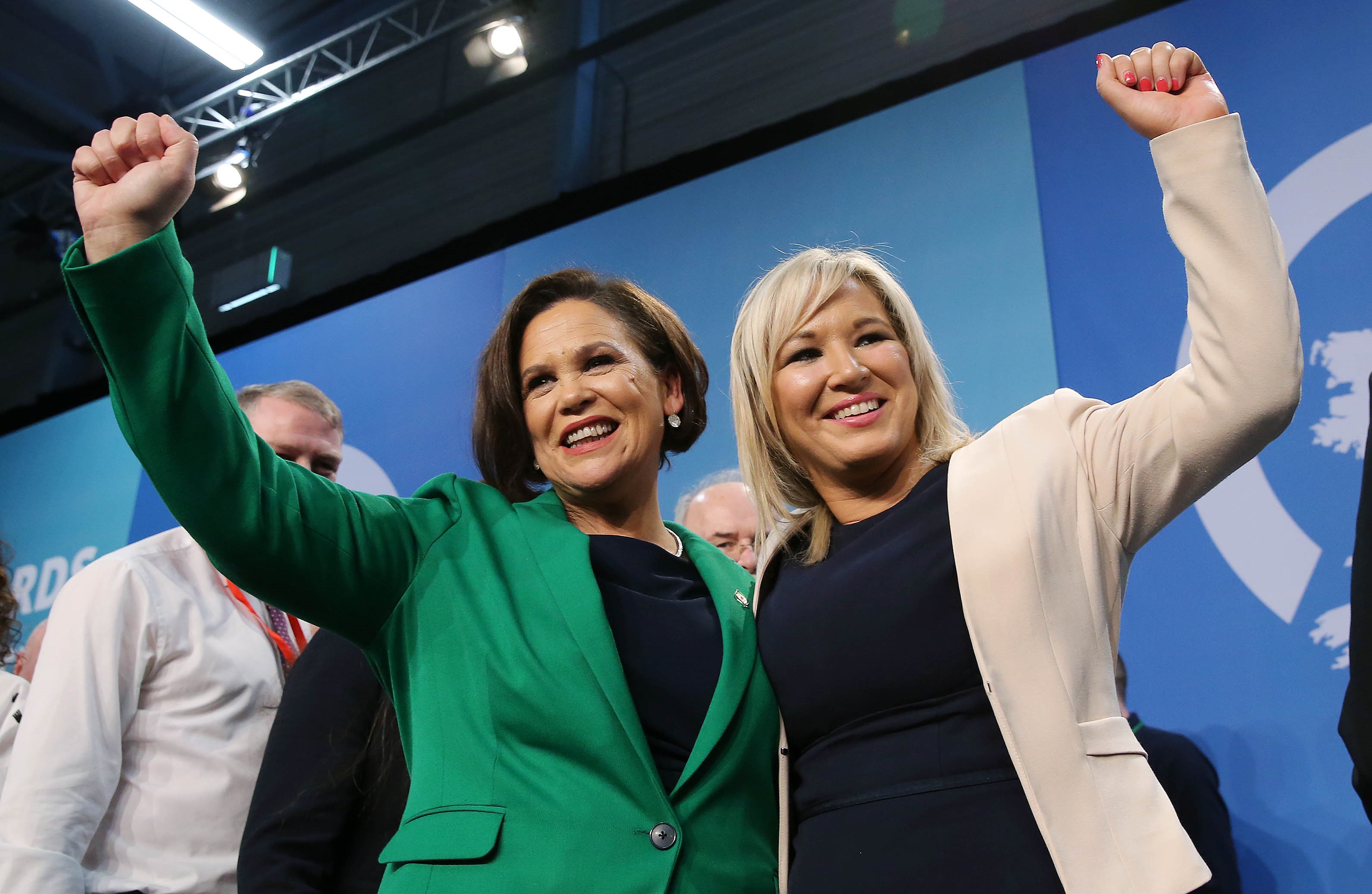 The paramilitary demonstration by dissident IRA members in Derry on the occasion of their commemoration of the Easter Rising demonstrated yet again that the vein of hatred that runs like a deep seam in the former heartlands of paramilitarism  - green and orange -is still there to be mined and exploited for political purposes, especially in the run-up to the Assembly elections on May 5th.

Of course, there is nothing republican at all about sectarian paramilitarism. Genuine Irish republicans in the tradition of Thomas Davis all know that our greatest challenge is reconciliation of orange and green. Bogus Irish republicans pretend that the real problem is the presence of any form or trace of Britishness in the north-east of the island. Defeat Britishness militarily, they say, and reconciliation will follow.

That is the stuff of civil war - not what the Good Friday Agreement is all about. That agreement, democratically endorsed by a majority in both parts of this island, acknowledges the reality of deep-seated disagreement on the issue of Irish unity and the end of the UK link. The people who voted for that agreement endorsed its central term – that any change in the constitutional status of Northern Ireland must only come about by peaceful and democratic means and not by the use or threat of violence or coercion.

Demographic change in Northern Ireland will undoubtedly alter the terms of political discourse in all of Ireland. We are on the cusp of one demographic milestone – the number of Catholics will shortly exceed the number of Protestants. Both groups will be minorities. The North will no longer be a “Protestant state for a Protestant people”, as its unionist founders claimed it was and should be.

But it is equally clear that we are far off a situation in which a majority of voting age would vote for Irish unity in a plebiscite. Even on the level of principle, those who would vote against Irish unity appear from current polling data to number at least 60% and might be as much as two thirds.

When Mary Lou McDonald calls on unionists to enter into a dialogue on Irish unity and to journey with her in developing that dialogue, she is really not addressing unionists at all – no more than some notional DUP figure would be dwell in the realms of political reality if he or she called on Sinn Féin or the SDLP to commence a journey of dialogue on how the Union could be made permanent.

If one shares the view that eventual Irish unity of some kind is inevitable, that does not mean that sensible unionist politicians who don’t share that view have any interest or see any political advantage among unionist voters in commencing such a dialogue.

It may sound reasonable in the ears of non-unionists to propose such a dialogue, but it isn’t very reasonable to expect unionists to commence a process predetermined by an eventual outcome that they fundamentally oppose.

Politics doesn’t work like that. Unionist leaders simply do not see themselves as facing the inevitable in the way FW De Klerk did when opening dialogue with Nelson Mandela. They don’t see demographic transformation underway in the North as having any inevitable outcome – at least in the short and medium term. In their eyes, another thirty to forty years of the Union is no bad prospect, and that period will only be shortened, they believe, by sitting down to discuss the end of the Union.

So we have to be realistic. Expecting unionists to commence a unity dialogue with a party that dangles the prospect of a 32-county socialist republic before them is very fanciful in present circumstances. It doesn’t appeal to the majority of voters in Northern Ireland and it is simply of no interest to unionist or Alliance voters.

Assembly elections next month will, I think, see Sinn Féin emerge as the largest political party, perhaps having the same minority level of support that opinion polls in the South indicate that it has here.

But what will happen then? Assuming for a moment that the DUP comes second - a reasonable assumption – the question then arises is whether the DUP will nominate a Deputy First Minister to serve with Michelle O’Neill.

My guess is that the DUP will not make such a nomination. I think that the most likely outcome will be a stalemate which will require extensive renegotiation of the Good Friday agreement as amended at St Andrews. A very different form of coalition power-sharing will probably emerge from a very lengthy suspension of the Assembly – possibly lasting years.

So, yes, a dialogue is in the offing. But it’s not the dialogue that Mary Lou had in mind. It will be about a re-design of power-sharing -not about Irish unity.

That’s where we are heading now.