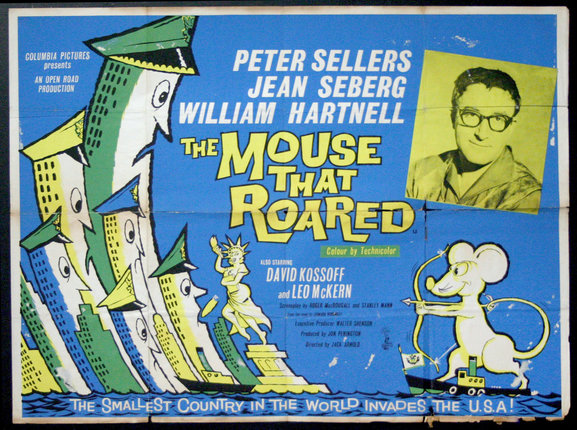 It is easy to see parallels with the late 1930s, as truth and integrity are being displaced by cynicism and absurdity

When the Nazis finally invaded Poland in 1939, a number of things happened in terms of truth.

Firstly, the invasion was a carefully concealed plan in furtherance of the Molotov-Ribbentrop pact between Hitler’s regime and the Soviet communist regime of Stalin. Hitler and Stalin had carefully pre-planned the invasion by the Germans in a manner that allowed the USSR to stab the Poles in the back and to divide Poland between them along a pre-agreed line of demarcation.

But it was essential that this evil agreement remained secret. The USSR had to appear as responding to a German-Polish conflict which had nothing to do with Moscow.

From the German point of view, the co-ordinated destruction of Poland had to appear as an act of self-defence against Polish aggression against Germany. For that reason, an evil deception was concocted to make it appear that Polish forces had invaded German territory and had killed innocent Germans.

To that end, innocent prisoners of the Reich were dressed up in Polish uniforms and executed in order to provide “proof” of the alleged Polish invasion.

Hitler and Goebbels worked out this cynical outrage in minute detail.  The Russians watched on as the deception was planned and mounted.

All this is well known. The two most powerful military states in the world deployed “fake news” to disguise their mutually agreed plan.

Now it may be said that few in the western democracies had any illusion as to what the Nazis were up to.  But the depth and cynicism of the deception involving the Soviets was not so clear.

The average German accepted the deception without question. The Poles were the aggressors. They were mistreating Germans in Danzig. They wanted to invade Germany. And they did so.

The average Russian was led to believe that the wrong of the Brest-Litovsk treaty between the Kaiser and the Russians was being righted and that the eastern part of Poland was being rightfully restored to the USSR.

Britain and France knew differently. They saw through the lies. They realised that the dismemberment of Czechoslovakia in 1938, in which they had acquiesced because of weakness and dishonesty, was now but a stepping stone to the Nazi domination of western Europe.

And so the world again went to war.

Drawing parallels with that awful period may seem over the top.

But there are parallels that we cannot ignore.

We have watched the Russians lie and then invade the Ukraine in support of Russians in eastern Ukraine and the Crimea. They did the same in Georgia. Putin claims that he wishes to protect all the citizens of Ukraine.

We have allowed the Trump regime in the White House to whitewash and ignore the brutal abduction and killing of Jamal Khashoggi without comment or criticism.

Oh yes, our government is “concerned”. “Concerned” to the point of doing absolutely nothing,  even at the EU level.

A UN investigation has pointed to the truth; but the EU has done damn-all to sanction Saudi Arabia and its young tyrant prince.

He is received at the G 20 conference as though he were an innocent man.

Trump is forging a tri-partite alliance of Israel, Egypt and the Gulf emirates against Iran with a view to toppling the Islamic Republic of Iran.

He is wandering the world’s capitals pursuing his “deal-based” policy of bullying and blackmail.

The Huawei controversy is but the tip of the Trumpian iceberg of hypocrisy.

It was a matter, a few weeks ago, of US national security that Huawei should not supply its IT infrastructure to any countries in the western world. Now that has become utterly negotiable.

The dishonesty and opportunism of it all is breath-taking.

His son-in-law, the laughable Jared Kushner, a man whose father was once successfully prosecuted and jailed by Senator Chis Christie for infamous deeds in relation to his own brother, is ludicrously posing as a peace broker between the Israelis and the Palestinians.

Kushner is touting a ridiculous plan in which the Palestinians are expected to trade in their nationality for the dubious “beads” of economic prosperity supplied – not by the US – but by the oil-rich corrupt autocracies in the Gulf.

Meanwhile, Kushner’s wife, Ivanka, pathetically attempts to pose as some sort of international personage at the G 20 summit. The Youtube pictures of her attempts to obtrude herself into the company of world leaders at G20 were just excruciating to watch.

And yet Trump went on the record as regretting that he had not made her head of the World Bank.

Is America a republican democracy in any sense of the word?

The military parade in Washington was a ridiculous and very damp squib.

Is there any country in the world that would allow its elected president to attempt to accord official representative status on the hapless and utterly unqualified off-spring of his second marriage?

This is all the stuff of the most ridiculous of banana republics.

But it passes without official comment throughout the western world – presumably because while it may be grotesque but is not technically criminal.

Maybe too, we should just laugh at this week’s Jeremy Hunt threats of UK sanctions against China arising out to the Hong Kong demonstrations.

It was plain to me that the invasion of the Hong Kong assembly by masked students waving the Union Jack while the police abandoned their posts and permitted their vandalism was the result of Beijing’s agents provocateurs’ plans to discredit the peaceful protest of 500,000 HK citizens elsewhere in the former colony.

Between Gavin Williamson’s absurd threat to send the UK’s only aircraft carrier (still awaiting aircraft) to the South China Sea and Hunt’s threat of sanctions, we are now seeing the depth of the post-imperial delusion that is driving the Brexiteers in the Tory party.

Are we not really witnessing the playing out of a grotesque fantasy  or charade which rivals the Marx Brothers ruritanian farce of Freedonia or the Peter Sellers’ famous “Mouse That Roared” depiction of the Duchy of Grand Fenwick?

As I said, truth and integrity are being displaced across the world by untruth, cynicism and absurdity. There really are echoes of the late 1930s.

The Democrats in the US have only one duty now. Beat Trump!

To do that they must select a candidate that will win back middle America to their side. I don’t mind whether that candidate is stale or exciting. I am only concerned with that candidate’s capacity to beat Trump.

Implying falsely that Joe Biden is soft on racism may win a debating point before party activists in Florida for Elizabeth Warren, Kamala Harris or Bernie Saunders.

But if, as I suspect, they can’t individually beat Trump, they should back a candidate that can.