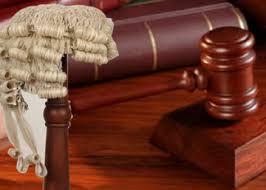 Our judiciary has served the country and the people well since the enactment of the Constitution. Our judges, men and women, have been incorruptible, independent, and loyal to that Constitution in accordance with the declaration they make before assuming office.

The Constitution clearly provides that the function of selecting  eligible persons for appointment as judges is the sole duty and prerogative of the members of the Government, the executive arm of the state.

It is of course open to the Government to take such advice as it wishes in relation to judicial appointments. Since 1994, we have had the Judicial Appointments Advisory Board which, as its name implies is an advisory body only.

At present, where the Government does not propose to nominate a serving judge to a vacancy in our court system, the vacancy is advertised and the JAAB submits a list of persons that it considers suitable for appointment, weeding out applicants that it does not consider suitable.

Serving judges do not apply to the JAAB. If they wish to be considered for appointment to a vacancy, they can simply notify the Secretary to the Government of their availability.

Now the Judicial Appointments Commission Bill proposes to sweep away those arrangements and to require that serving judges must also apply to the proposed Commission, be interviewed by it, and to be short-listed in a list of three, ordered in accordance with the preferences of the Commission members, of which non-lawyers will be in the majority in making every decision, for the consideration of the Government.

So appointment as High Court judge carries with it as a matter of law that the judge is ex officio suitable to serve up when needed as a member of either of those courts.

This raises the question as to what possible justification there can be, in practical or constitutional terms, for requiring serving judges of the Superior Courts to undergo a separate selection process at the hands of a statutory body in respect of each and every vacancy  in those courts.

The unconstitutionality of requiring serving judges of the Superior Courts to submit themselves repeatedly for the scrutiny of a mainly inexpert body whenever a vacancy arises in those courts is clear when we recall that the criteria by which a Government makes those appointments are mainly criteria which the proposed Commission cannot in any circumstances consider.

What do I mean?

In deciding to appoint a person to the Supreme Court, the Government considers whether that person is likely to alter the balance of that court in a conservative or liberal direction. In the case of serving judges, the judicial decisions that such a judge has made in the past are matters to which the Government is perfectly entitled to consider and, in my experience, does give some consideration.

Appointing a person with known radical or reactionary views or with liberal or conservative outlooks on matters of social policy is something of which the Government may, and indeed must, take heed.

To appoint a serving judge who is known for generous views on damages and liability in personal injuries cases is likewise something for a Government to consider when filling a vacancy in an appellate court.

Likewise, a judge might have a record on deciding matters which have to do with the interaction of EU and national law which the Government might consider relevant.

But these are matters which the proposed Commission simply may not consider, and in respect of which the Commission members cannot interview or assess serving judiciary under the terms of the Bill.

We simply cannot have the serving judiciary interviewed by a commission as to why they have decided particular cases in the past or how they might decide particular issues in the future, or being judged by the commission by reference to such matters.

Drawing up a short-list by reference to criteria which exclude the criteria by which the Government may or will ultimately make the appointment is entirely misconceived.

The fundamental truth is that judges of the Superior Courts are, in effect, law makers as well as well as law interpreters. They make and develop the case-law and common law in a common law country. They even determine what the Constitution means.

If any High Court judge sitting alone is competent to strike down a law for reasons of unconstitutionality, as is the case in Ireland, and if such a judge is also eligible to serve in the Court of Appeal or the Supreme Court when invited, as is also the case, he or she is already a person well qualified to be considered for membership of the Court of Appeal or the Supreme Court without being required to justify such appointment to the commission or to “compete” for the preference of the commissioners engaged in drawing up short-lists.

Deciding the composition of our Supreme Court is the solemn non-delegable constitutional duty and prerogative of the Government alone.

How is it right or proper to require a serving member of the Court of Appeal to enter a competitive process run by a lay-majority body and  survive short-listing to come to the attention of the Government as a potential member of our Supreme Court? Daft!

If the Commission were simply advisory, it would be a matter of choice for serving judges, as at present, to make known to the Secretary of the Government their interest in being appointed to vacancies in the appellate courts.

But the Bill outlaws that as canvassing. Headhunting or sounding out successful practitioners to become judges will end.

The Bill proposes that the Government be kept in the dark as to who were the non-shortlisted applicants. That’s also unconstitutional.

The Bill is full of other anomalies, omissions and absurdities as it stands. It is a “solution in search of a problem”. It was very fairly described as a “dog’s dinner” by the AG.

Only a handful of Fine Gael Oireachtas members actually support the Bill in private; I am weary of members of that party wringing their hands and explaining that they are being coerced by a whip to vote for a measure that they know will damage the judiciary.

Condemned by the EU Commission and the Council of Europe’s Greco Committee, the Bill is dangerous and ill-conceived.

It should not be enacted at the insistence of one obsessive. And if ever enacted, it must be repealed.