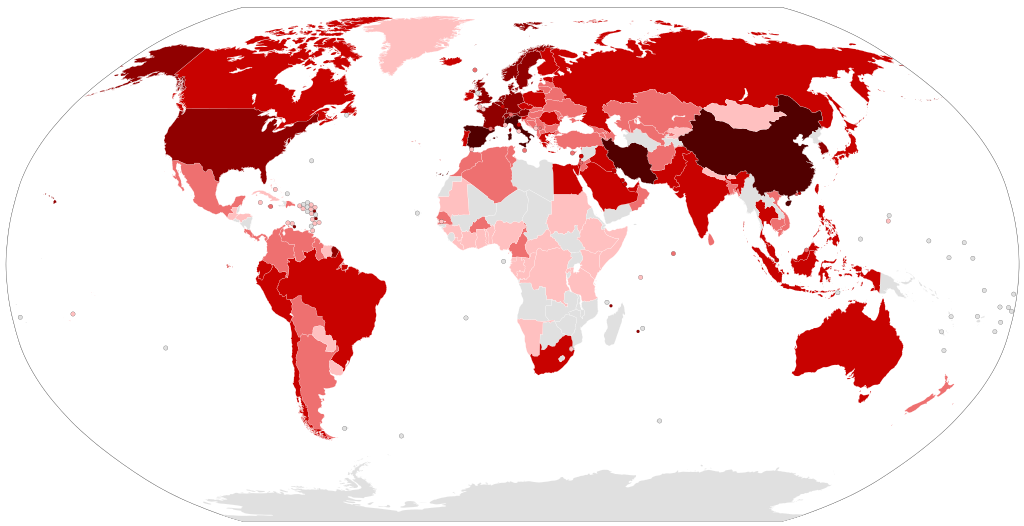 Watching the public pronouncements of Donald Trump in the face of the Corona virus crisis, I have to confess that a part of me is hoping  that the crisis will at last awaken the great majority of Americans to the reality that they are led by a brutish egomaniac driven only by considerations of electoral narcissism.

His whole strategy was to win re-election by pumping up the US economy on the back of a massive deficit – the “you’ve never had it so good” gambit.

When he realised that his dismissal of the viral threat as a Democratic “hoax” was about to explode in his face, he changed tack and decided that he would lead America though and out of that previously non-existent crisis.

He seems to think that an economic stimulus of gargantuan proportions will, by itself, act as a balm to Covid 19, and that America will abandon lockdown and containment strategies in a matter of “weeks, not months” to return to a boom-time economy that will see him safely home in November.

It would be a mistake to underestimate Trump’s capacity for self-deception. Just as the crowd in the Mall at the day of his  inauguration was ludicrously claimed to be of record size, the prospect of a deficit-driven recovery starting in weeks is all that he can think of now.

He sees himself as a latter-day General George Patton surrounded by wimps. He sees his medical experts as the equivalent of the GIs suffering with PTSD that Patton famously bullied – as wimpish jeremiahs.

But Trump’s opponents must be careful. Hope is a hugely powerful and positive human emotion. Anyone who is seen to quench hope in the current crisis will pay a terrible political price.

Keeping hope alive is important. That involves sustaining a sense of long-term optimism. It is not a case of everything returning to where it was. That simply will not happen after Covid 19 has abated. Nobody can spell out the lasting consequences of this crisis but it is equally obvious that there will be lasting consequences.

Trump’s naïve vision of the US economy getting back on its feet in a matter of weeks is dangerous. As Wall Street crashes, his wealthier backers are not so naïve as to think that business will bounce back by the injection of trillions of dollars into the economy.

Boeing has its problems. Even if it overcomes its safety crisis, the question then becomes whether the international aviation industry will be in any place to start buying new planes.

Will international tourism bounce back to fill new planes if Covid 19 is still lurking in pockets worldwide?

How long will it be before any significant number of Irish tourists will be happy visiting the Great Wall of China or the north Italian ski slopes?

While there is virtual unanimity that governments, including our own, are right to take radical steps to flatten the curve of critical hospital admissions and while there is fair wind for competent politicians pursuing that course, questions still remain about how we will keep the curve flat if we relax the preventative lock-down measures now in place.

In fairness, our caretaker government has commanded public confidence by being truthful, caring and surefooted in its response to Covid 19.

The difficult bit will come in sustaining a common sense of popular determination as the initial wave breaks over us and, hopefully, as it recedes.

Is it possible that there will be a deficit-driven boost to consumer consumption? If we were all given “parachute money”, as some suggest, on what would it be spent? Consumption? Or just paying the rent or the mortgage? Will the tourism industry recover in months rather than years? Will foreign direct investment into Ireland flow as before? Will international demand for Irish pharmaceuticals, financial services and high-end technology products recover? And if so, when?

My feeling is that the outline of a pathway through and out of this crisis will have to be articulated soon enough to sustain the all-important sense of hope and social cohesion. That is easier said than done, I fully appreciate. We are still hacking our way through a dark forest of known unknowns and unknown unknowns.

But the danger of Trumpian impulsiveness, impatience and naivety gaining a foothold in our political discourse and landscape will increase if hope dwindles.

For a self-employed taxi driver or hairdresser there must be some indication of support in the same way as employees are to be supported. Otherwise there will be quiet desperation where now there is residual hope. And quiet desperation does not always remain quiet.

Our leaders need to nurture hope as well as solidarity. That may not be an easy task as we turn our prow into the oncoming wave of the predicted hospital emergency. But it should be put on the agenda for three weeks hence.