Only time will tell whether the Goverment’s relief package including the wage subsidy will be effective in saving a broad range of enterprises from financial collapse in the coming weeks. Because it was emergency  legislation, it was rushed. It leaves a lot of unanswered questions.

The Act as passed seems to prohibit any subsidy in respect of employees earning €80,000 per annum – not just subsidising the part of their earnings below that amount. Key workers in that bracket will face lay-off or redundancy unless the Act is amended.

The anti-avoidance provisions in the Act suggest strongly that a key employee earning that kind of salary cannot simply agree to a temporary cut to bring him or her below the threshold.

While the Government is obviously right to concentrate the wage subsidy to the most vulnerable, the choice of an arbitrary figure to exclude key figures in many mid-management positions, will affect some businesses very severely. A tapering amendment should have been provided for.

The Revenue Commissioners have issued guidance briefings to reduce some of the more glaring ill-effects of the rushed legislation.

But the Act is better than no legislation. And I think it is better to use it to the greatest possible extent to save enterprises from the antiphylaxis of Covid than to avoid it because of its inadequacies.

Undoubtedly Covid is set to severely damage the public finances both as regards revenue and expenditure. A yawning gap of indeterminate size is opening up in Exchequer arithmetic. Obviously the length of the curve flattening process and the shut-down will determine some of the magnitude of that gap.

But it is hard to see the tourism and hospitality sector or the international air travel sector staging anything like a full recovery in the foreseeable future.

Whether we have a medium term recession or a or a full-blown slump is in the hands of the gods.

The crisis raises important points for the EU. The failure to arrive at consensus last week and the delegation of negotiating a Union level response to the crisis to EU finance ministers was predictable.

There is a lot of force in the argument that hational governments are better placed to judge what remedial action is necessary at member state level than the EU’s Commission or Council.

Just imagine a wage subsidy package that was devised at EU level. One size simply couldn’t fit all. Only the Irish government and parliament can devise remedial action in respect of the crisis as it affects Ireland.

Of course, there are EU-level ramifications to the crisis. The single currency has its budgetary disciplines for member states. But those constraints must be relaxed to accommodate the remedial steps that member states must take.

Unlike the US Congress, the EU cannot just pass into law a multi-trillion stimulus package.

What the ECB could do is to buy bonds from member states. Does that entail debt-sharing? The answer is “Yes”.

But we do know that the German economy will be rocked by Covid in a different way, perhaps, from Italy or Spain. Who will buy German cars, machinery and high-end capital goods if there is an EU-wide slump? No member state however powerful or fiscally prudent can simply draw up the political and economic drawbridge in the same way that the Schengen states closed their previously invisible borders.

Is inflation an inevitable consequence for the Euro-zone if all member states run huge deficits to reflate their economies while those who already hold cash hoard it pending a recovery?

Is the avoidance of Euro-zone inflation really possible with any significant ECB-backed programme to assist member state governments to restore liquidity?

The analogy that occurs to me is that of a sailing man of war which has been hit below the waterline. You start pumping like hell and you plug the hole with whatever comes to hand in order to stay afloat until the sea battle is over.

All of the foregoing is to be seen in the context of the grief and suffering that Covid is causing and will cause to those families hit by the virus.

You can argue that financial damage can be repaired in the long run. But, as we well know from 2009, financial chaos causes human suffering too – a fact that cannot be forgotten.

If the curve flattens and we can come out blinking  into the economic daylight to survey the damage and the prospect for rebuilding and rebooting the economy in the course of the next few weeks, we will need experienced and capable leadership at a political and organisational level.

We don’t need to ignite a further fire by putting in place an all-party government deeply divided ideologically on the causes and solutions for our problem. Let’s have a vocal opposition to hold the Government to account.

In particular, we need the Fine Gael and Fianna Fáil parties to recognise that they have far more in common than divides them. One hundred years after this country was ravaged by a wholly unnecessary and tragic civil war fought about abstractions, they should bury the hatchet and decommission their prejudices and give us what we need and deserve – government in the public interest. That is what the term Republic now means and demands.

Fianna Fáil risks being a mudguard-in-waiting for Sinn Féin 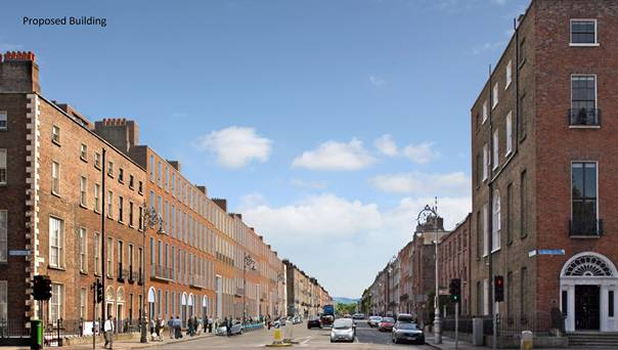