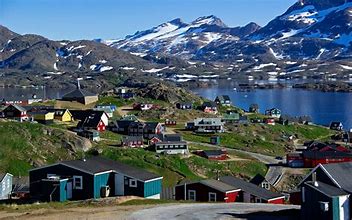 A "beautiful letter" was the phrase used by Trump to describe the latest missive he had received from Kim Jong Un - just 24 hours before Kim resumed his role as rocket man this August.

Unless the letter is published, we shall not be in any position to judge whether it was beautiful in any sense of the word. I doubt it.

Until it is published, we would be better to assume that it was not beautiful in any sense - and that Trump was just engaging in his usual dishonest blather that covers up his failed diplomacy for domestic consumption.

He claims consistently to be on the very best of terms with Chinese President Xi, and with Russia's Vladimir Putin, and with Kim jong Un, and with Brazil's Bolsomaro, and with the Saudi Prince Mohammed Bin Salman, and with Israel's Netanyahu, and with the Philippines' Duterte. Now Boris is to be made a member of that international club of best buddies.

You can judge a man by his friends, it is said. Judgment is no longer needed in the case of Trump.

In the last few days, Trump has called on Israel to refuse visas to two Democrat congresswomen. Why would he do such a thing? If he disagrees with them on the subject of Palestine, how can that justify inciting a foreign government to refuse them  the noyrmally accorded political and diplomatic courtesy of allowing a fact-finding visit?

He is also reported this week to be hatching a plan to offer to purchase Greenland from Denmark. Having repudiated the Paris Agreement on climate change and having turned his back on any multi-lateral concerted action to fight global warming, there is a mad logic to his plan to buy Greenland.

After all, there is a huge real estate bargain opportunity there if you first  buy Greenland and then cause it to become habitable and exploitable by taking every possible policy opportunity to erode the Arctic ice cap, to melt the northern glaciers, and to free Greenland from its own perpetual Ice Age.

Not since the Russians sold Alaska to the Americans or since the French sold the Mississipi-Missouri basin has there been a greater opportunity for the US to do the ultimate real estate deal. Harry Truman, by the way, is reported to have offered the Danes $100 million in the 1940's for Greenland. Making America greater by buying Greenland seems so obvious a step for the Trump regime.

With the ice melting there, the opportunities for mineral exploration, further military bases and even, pehaps, a new location for immigrants detention camps, seem so obvious.

Unlike problematical, over-crowded, migrant-producing Puerto Rico, a thorn in Trump's side, the small indigenous predominately Inuit population in Greenland would pose no threat to his white-nationalist agenda. I don't see the Danes doing a swap.

Is this, like his policies on Venezuela, North Korea, Iran and China, another great instance of his foreign policy deal-making? If in doubt, ask his great allies - the Kurds in northern Syria or the moderate Afghans in Kabul. Both are being sold out  at a very low price by Trump - ignoring, of course the collossal price in human life and limb already paid.

My advice to share-holder readers of the Sunday Business Post is to sell your shares in Lego right now - before their plastic bricks are hit with a 50% tariff to persuade the Danish government to put Greenland up for sake!

Trump's rally at Manchester, New Hampshire, can be viewed in all its toe-curling crassness on Youtube - a perfect way to spend a couple of hours during an unseasonal Irish August downpour. I recommend it.

His tariff war with China has created a real threat to the claimed Trump boom. In reality, international markets are peaking and it may well be a case of peaking before tanking.

That possibility is Trump's achilles heel.

Trump's Manchester rally rant clearly demonstrated that his re-election strategy is to paint the Democrats as socialists who would do to America what Chavez and Maduro have done to Venezuela. He claims that the Democrats would ruin America's economy, endanger jobs, and destroy the savings and stock-market investments of middle America.

I have written here on several occasions of the need for the Democrats to counter that strategy. That requires them to select presidential, senatorial and gubernatorial candidates who the the voters of middle America can trust in 2020. It also requires a policy platform that avoids characterisation as left-ist or socialist. Here's hoping they actually want to win.

The four Democrat congresswomen in the Squad will be God's gift to Trump unless their 2020 candidates project a radically different image to middle America.

If the Democrats are lucky, the Trump boom will tank and turn into a Trump mini-slump well before next summer. An oil crisis based on military action in the Gulf or a trade crisis based on a continuation of the US-China tariff wars could undo Trump's strategy.

Funnily enough,  in the absence of an early Trump climb-down on Chinese tariffs, the 2020 US presidential election will be as open to Chinese manipulation as the 2016 election was open to Russian interference.

It might well suit President Xi to delay any resolution and thereby burst Trump's bubble in the hope of having a more reliable and predictable Democrat in the White House. The Chinese do think long term.

When Sky carried Fox News in Ireland until a couple of years ago, John Bolton was a frequent guest expounding Tea Party views along with the monstrous  (but now reformed) Glenn Beck.

Trump distrusted Bolton on account of his extremism and because he didn't much like his moustache. Steve Bannon who was part of the team putting together Trump's original cabinet in 2016 stated that Trum didn't like the look of Bolton - especially his moustache - and would't select him in part because he didn't "look the part".

Fast forward to Bolton's visit, as Trump's moustachio-ed national security advisor, to Downing Street this month. Now Bolton is stating that the Trump administration would "enthusiastically support" Boris in a no-deal Brexit.

Needless to say, Ireland does not feature at all in this calculus.

Important to Bolton are Trump priorities - getting the Brits to back their squeeze on Iran by involving themselves in conflict in the Gulf in the short run and damaging the EU in the longer run.

Britain, like Greenland, is seen as useful, buyable geo-political real estate - an unsinkable aircraft carrier on the eastern Atlantic seaboard. Trump sees Boris as a useful weapon to lessen and harm the EU which he describes as a foe of the US.

Just as Tony Blair sadly became Bush's tail-wagging pet dog at the ranch in Crawford, Texas, prior to the Iraq war, Boris can now be leant on to become an equally compliant "Dulux dog" pet at meetings in Mar a Lago in Florida during the coming months. No bulldog any more.

The UK, by leaving the EU, is opting to become a US satellite in every sense.

Two hundred years after the war between Great Britain and colonial America, the relationship has changed to one between colonial Britain and "Great Again" America. The irony of it!

The next 80 days will tell a lot about our international relationships in so many ways.

Nancy Pelosi has very usefully undermined Bolton's offer of a series of sectoral trade deals between the US and the UK if the Good Friday Agreement is thereby damaged. The Democrats can deliver on that commitment.

Tom Tugendhat, a Tory backbench MP, tweeted last week that the most plausible outcome at Westminster would involve Boris ditching the DUP to have an election in which, either before or after Brexit, he will agree that Northern Ireland will have special customs and regulatory status. I think he may be right. He even suggested putting that to the people of the North in a referendum. That is one scenario.

Another scenario has the anti-"No Deal Brexit" majority in the House of Commons assert itself somehow, either through legislation (with the assistance of Speaker Bercow) or through a less plausible interim government of national unity headed by God knows who.

All of these scenarios will be very revealing of one other thing - can we rely on the EU leaders to match their supportive rhetoric with actions?